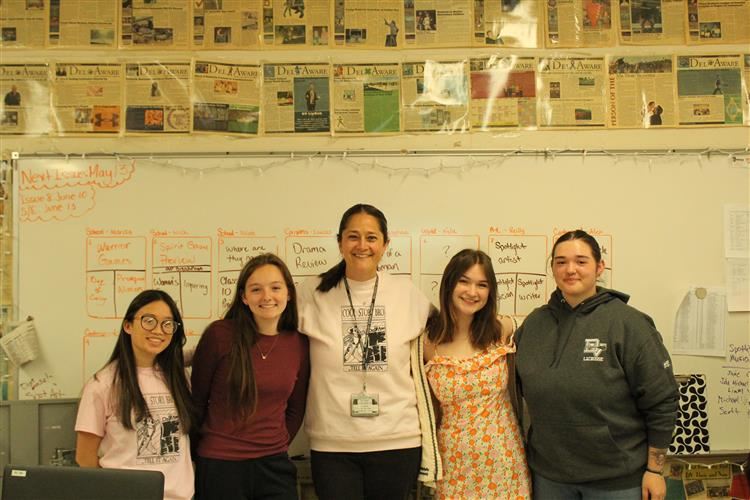 Fifteen DVHS student journalists attended the conference virtually. The keynote speakers were Aimee Dilger and Kelly Dessoye from Focus Journalism. There were a variety of other speakers who joined in to share their experiences with the journalism students.